I had a chance to grab some quick photo’s of this fantastic new band as the opening act for the recent Alice in Chains show at ACL LIVE! After just a few songs, I was instantly a fan of this compelling and highly talented trio.  Jeff has an unique voice and plays a mean grungy guitar with deep tones and excellent precision. I have included some additional information about the band below…I highly recommend checking out the bands new self titled release. 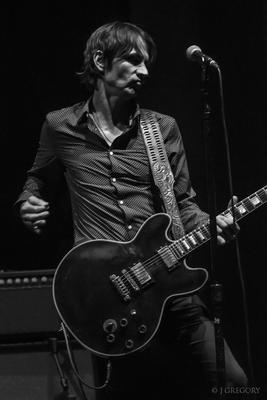 JEFF ANGELL’S STATICLAND - produced by Grammy Award winner Vance Powell (Jack White, The Dead Weather, The Raconteurs, Seasick Steve)—breathes new life into the blues genre both sonically and stylistically. As a well-versed guitarist, JEFF ANGELL digs deep with his precision attack, and his vocals are smoky, versatile and compelling.

BACKGROUND ON JEFF ANGELL PRE-STATICLAND:
At the turn of the century ANGELL threw himself into the Seattle music scene as the lead singer and principal songwriter in the unapologetic, swaggering Post Stardom Depression. They released an E.P. on Will Records languished three years in major label limbo, and then released two records on The Control Group. The band was a favorite to many who appreciated their explosive, sexually charged, Rock and Roll. Post Stardom Depression toured with the late Dee Dee Ramone, Queens Of the Stone Age, Nebula and the Bell Rays, to name a few. One too many nights sleeping in a van along with the excesses of youth led to the band's premature demise. ANGELL rose from the wreck that was Post Stardom Depression and began performing with keyboardist Benjamin Anderson, drummer Michael Alex, and saxophonist Gregor Lothian as The Missionary Position. Together they released two albums and succeeded in defining a sound undeniably their own. 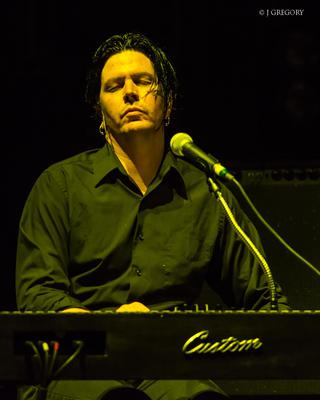 The Missionary Position created a compelling blend of dirty post punk blues-rock with ambient undertones and introspective lyrics that invited comparisons to artists as diverse as The Doors, Townes Van Zandt, Morphine and the Gun Club. They performed constantly on the road and around the Pacific Northwest, preferring to play all-nighters rather than your typical four-band bill. This extra stage time proved invaluable in their musical development. By this time ANGELL was well established in Seattle as a one-of-a-kind front man who produced consistent, quality work. A few of Seattle's more famous artists recognized ANGELL’s talent and came together to support his compositions with hopes of introducing him to a larger audience.

Their debut was labeled, “a masterpiece of mood and tension” by Classic Rock Magazine and “a classic cocktail of dark, malevolent blues” by Rolling Stone. With its release in 2012, ANGELL finally graduated from the van tours he had endured for over a decade in North America to touring internationally, first in clubs, then festivals, and finally arriving in arenas supporting heavyweights Alice in Chains, Jane’s Addiction, Biffy Clyro, and Aerosmith. Walking Papers recorded an eagerly awaited second album in 2014-2015, but due to McKagan's return to Guns n Roses, its release has been put on hold for now.